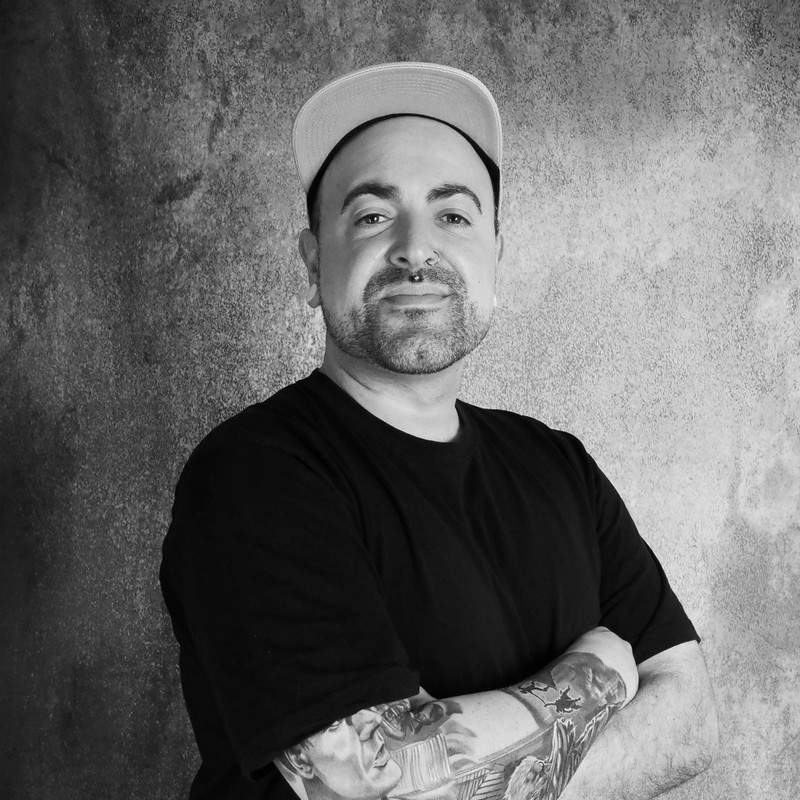 Born in Blackpool in 1983, HeDreamtMars grew up in some of the town’s less privileged areas. He spent his childhood exploring his urban playground and recalls seeing street art ( what we call it now ) for the first time on the walls of the derelict buildings he made dens in.

As a teen he discovered a love of hip-hop and science fiction which became a fine-tuned passion as he reached his early twenties. Despite failing Art in High School, an unperturbed HDM still enjoyed bringing his imagination to life on paper, filling pages of sketchbooks with doodles of his enchanted creatures and worlds.

After using one of his images as his avatar on Twitter, HDM was contacted by Nottingham based hip-hop artist Duke Zero-One and asked to design an EP cover for an immanent release, giving him the green light to make his name in the world of Urban Art.

As a father HDM’s influences of family, childhood and sci-fi scream out from his work. It is easy to imagine his characters all around us, be it the luminous planets floating above our streets, prophetic robots observing our everyday lives or the evolving angels watching over us as we sleep. HeDreamtMars’ artistic communication of his ingenious mind allows us to believe in a fantastical world that co-exists with our own.

HeDreamtMars works in various styles. Hand made zines, stickers, paste-ups, street art and graphic design are just some of the styles you can see HeDreamtMars created in.